The Flettner Rotor Boat electrician Bill Smith watches from a support boat as the Flettner is switched on for the first time in the Atlantic Ocean as it is tested for speed and maneuverability just of the coast of Riverside Marina in Fort Pierce, Florida. The boat was designed by John Marples for the Save the Planet on Discovery Channel - Shiny Clouds episode. Thrust is created by rotating the two large rotors, forcing air to speed up on one side and slow down on the other. ..Stephen Salter envisages a flotilla of carbon neutral, fully automated boats, similar to this one, sailing the oceans. He believes he has designed such a vessel employing technology first used and then discarded in the 1920?s. 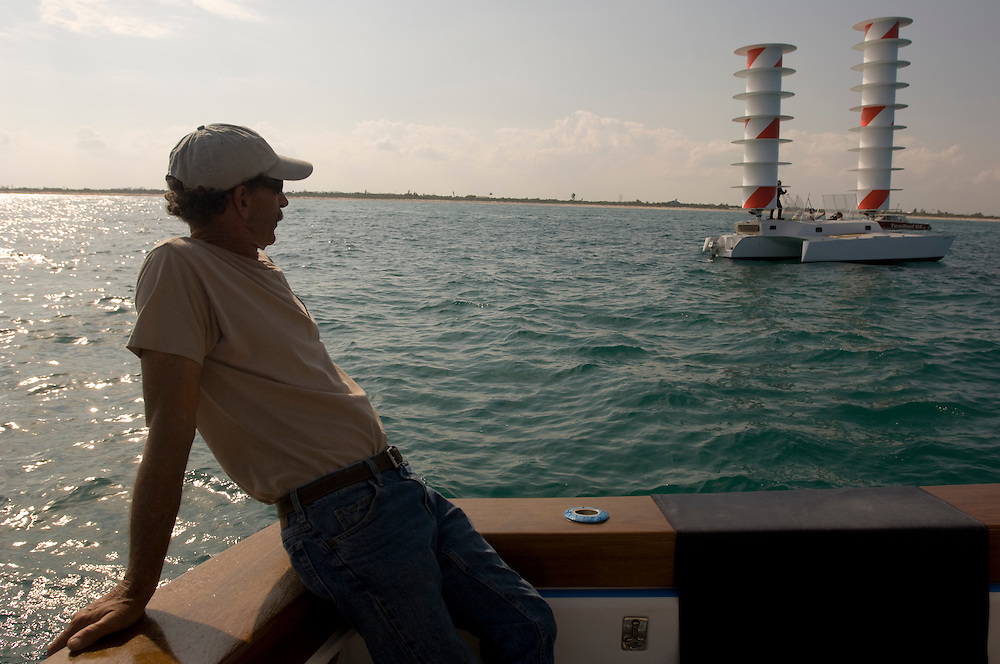